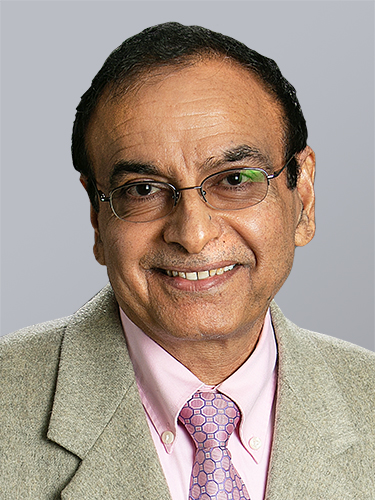 Dr. Wadhwa received his MBBS and MD from University Medical College & Hospital Rohtak, India. He completed his internship and residency in internal medicine at the same institution. He received further training in internal medicine and nephrology in the United Kingdom and received his postgraduate diploma of Member of Royal Colleges of Physicians of the UK and Ireland (MRCP-UK and MRCP-Ireland) in 1982. He completed his Nephrology Fellowship at University of Cincinnati Medical Center, Cincinnati, Ohio from 1984 to 1987 and then joined Stony Brook University in 1987 as an Assistant Professor of Medicine and Director of Dialysis Services at University Hospital. He was promoted to Associate Professor of Medicine with tenure in 1993 and to Full Professor with tenure in 2004. He was Director of Dialysis Services at Stony Brook University Hospital from 1987 to 2018 and Co-Medical Director at Stony Brook Kidney Center- DCI from 1997 to 2018. He was Director of the Nephrology Fellowship Program from 2009 to 2018. He received an Award for Excellence in Teaching Medical Residents in 2013 and was the recipient of the Department of Medicine Mentorship Award in 2016.

Dr. Wadhwa is board certified in both Internal Medicine and Nephrology. He is also board certified in Sleep Medicine. He is a member of American College of Physicians, the American Society of Nephrology, the International Society of Nephrology and the International Society of Peritoneal Dialysis. He has a special clinical interest in education, evaluation and management of chronic kidney disease/ end stage kidney disease including home dialysis modalities, home hemodialysis and peritoneal dialysis and kidney transplantation.