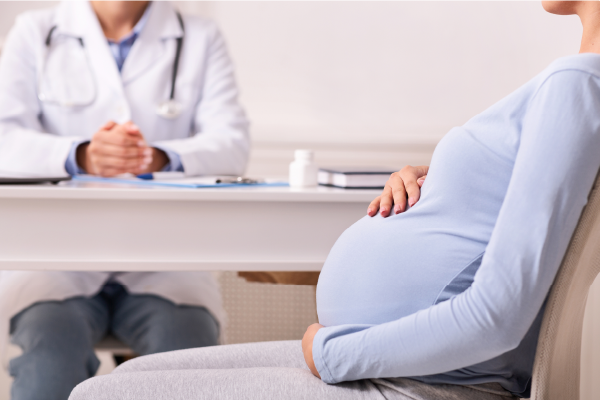 Marijuana Use in Pregnancy

It is widely accepted that alcohol can negatively affect your pregnancy with the worst outcome being referred to as fetal alcohol syndrome, but what about the most common drug used today in society, marijuana?  Not only is marijuana used commonly in the general population, but it is also the most common drug used among pregnant women. But does marijuana use affect your pregnancy? Is it safe to use? While many side effects of marijuana use are still being studied, it is generally accepted among obstetricians and pediatricians to be unsafe to use marijuana during pregnancy or while breastfeeding.

Many pregnant people who use marijuana during pregnancy use it to aid in self treatment of severe nausea, anxiety, sleep disturbances or depression associated with their pregnancy. However, all forms of marijuana use including smoking, vaping and ingesting edibles during pregnancy can all harm your baby’s health. The chemicals in marijuana, specifically THC or tetrahydrocannabinol, pass through your system to your baby and may harm your baby’s development and cause long lasting negative effects.

Some research shows that using marijuana while you are pregnant can cause health problems in newborns. Potential problems include low birth weight, preterm delivery, lower muscle tone and tremors, neurological impairments including difficulty in speech and cognition, a higher rate of focus and attention problems, lower math and spelling scores as well as a greater risk of stillbirth.

Since marijuana smoke contains many of the same toxic and cancer-causing chemicals found in tobacco smoke, it may also negatively affect the pregnant woman. It can cause decreased blood pressure and increased heart rate, leading to dizziness and falls. Marijuana use can also increase the risk of anemia, confusion and forgetfulness during pregnancy.

The psychoactive or mind-altering compound in marijuana—THC, may be passed to infants. This same issue is possible when using marijuana while breastfeeding. The chemicals in marijuana can be passed through your body into your babies through breast milk, which increases problems with brain development for your baby.